The city of Baku is one of the oil capitals for all time. Since the World War I ,oil was actively extracted here, and it served as fuel for the entire Red Army in the whole post-Soviet area. Our tour lies through the most famous oil fields and oil extraction sites. The first stop will be at the oil derricks at Bibi Eybat. Later we will go to the "Burning Land" - Ateshgah, where you can explore the temple of fire worshipers, dating back to the 18th century. At that time, Ateshgah used to be a real center of Zoroastrianism, where thousands of believers from all over the world rushed to. We will walk along the central streets of Baku, one of them is Istiglaliyet Street, adorned with a number of luxurious mansions. Baku millionaires very often turned to Polish, German and Italian architects, whose masterpieces formed the image of the 20th century city. One of these mansions belonged to the Baku maecenas Haji Zeynalabdin Tagiyev. Now it is open for visiting and serves as the Azerbaijan History Museum. The tour will end with a visit to a natural oil and gas field, named "Black City", located almost in the center of Baku.

Price does not include:
- Entrance tickets to museums 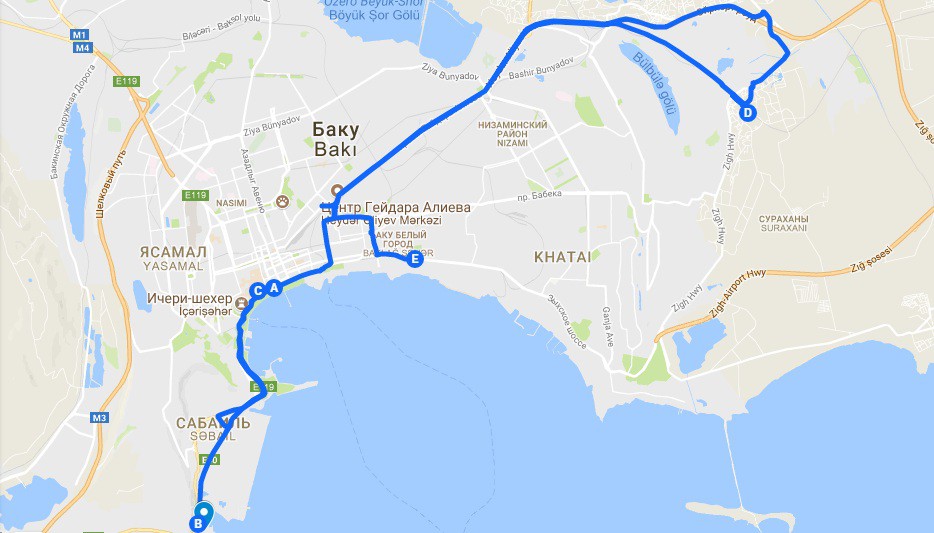